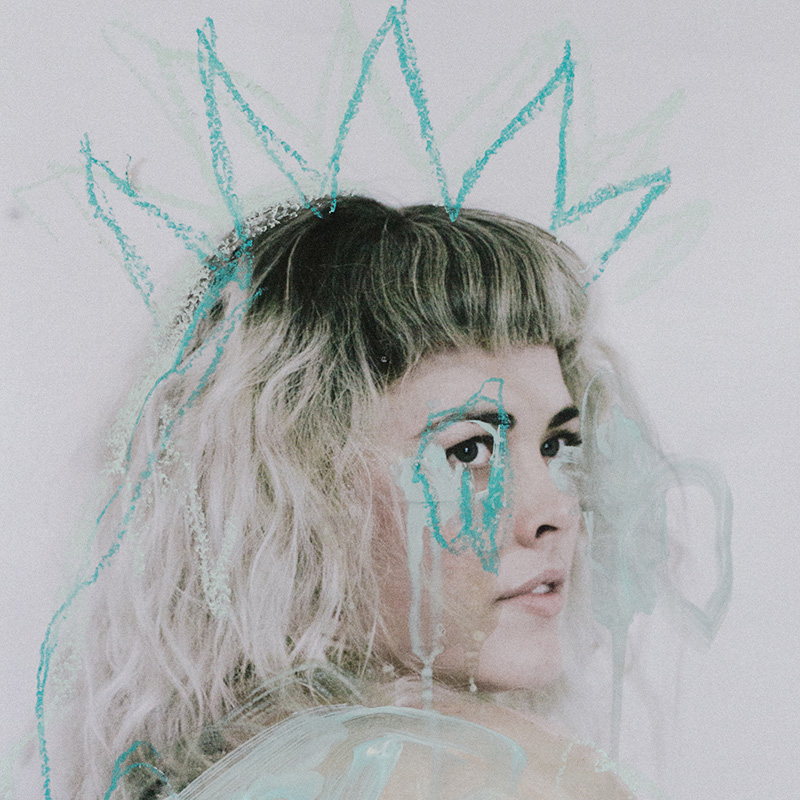 The EP is a deeply personal journey in which KAIAR confronts her disillusionment with, and departure from, organised religion, and examines the abiding wounds that result. Underscored by electronics that push and pull at both ends of the experimental pop spectrum, and including two collaborations with label mate Aphir, the EP is a truly unique debut from a singular talent.

KAIAR notes: “The overarching theme of the EP is the search to replace that holy figure with something else and the realisation that all there is, is you.”

The passage between two worlds, and the bittersweet acceptance of a new reality, is mirrored by contrasting dark and light elements throughout the record. The production also reflects the tension and contrasts of the overall theme, often uncomfortable and unsettled, with vocals sampled and chopped to create glitch textures and additional altered vocal sampling, standing in for synths and other rhythmic elements.

“Leaving the cult I was raised in and still being tied by unrequited love to my (still practising) family members who brought me to that place allows complex emotions to flourish. Simply: there is love, but there is also resentment. Nobody comes out unscathed.”