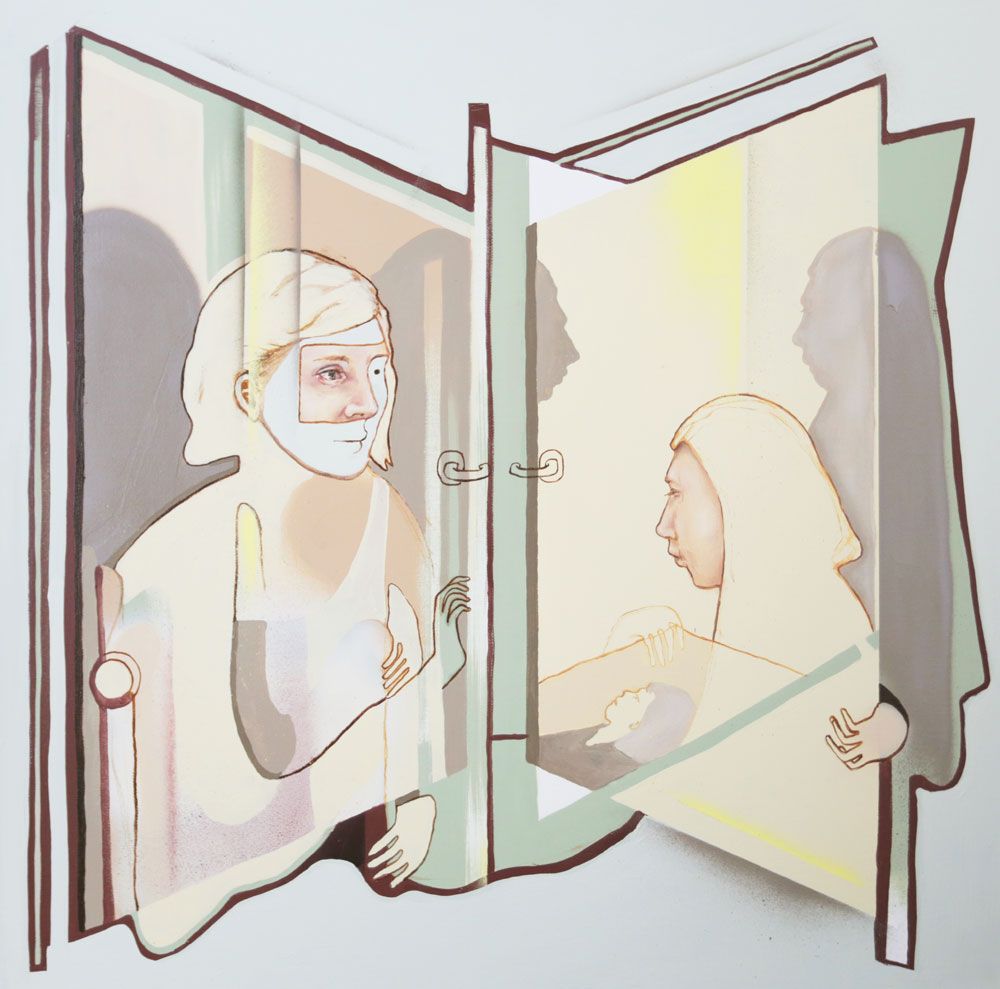 “Aphir’s voice swings between bare and choral, building and collapsing over the top of glitchy R&B-inspired beats. For fans of Björk, FKA twigs, Aphex Twin” BMA

The second album from Melbourne electronic producer Aphir, titled ‘Twin Earth’, is out now on Provenance on digital and limited run vinyl.

‘Twin Earth’ is the follow-up to her 2015 debut ‘Holodreem’ and furthers Becki Whitton’s commitment to exploring the outer boundaries of pop and electronics, as a writer, producer and performer. The release follows a summer of acclaim for Aphir, having been cited by triple j Unearthed as one of “the next generation that are following in Flume‘s footsteps”, and lauded by Purple Sneakers and Pilerats amongst others.

Thematically, the album embraces the concept of infinite parallel universes, albeit with a different spin from the usual sci-fi trope. Becki says: “As I was writing the album, I was thinking about the quantum physics theory of multiple universes, and the idea that each universe represents a different decision that you made. ‘Twin Earth’ is my variant of that idea – what if a new universe was created whenever someone formed a different opinion of you? Each version of ‘you’ would have its own narrative, based on the how others see you”.

With artistry and expertise far beyond her age, Becki has been releasing music under the Aphir alias since 2013. Over the last three years, she has worked alongside Andrei Eremin (Chet Faker, Hiatus Kaiyote and Miami Horror) and Tim Shiel (Spirit Level, Gotye) and in 2016 was flown to Berlin to perform in the AUUG Motion Synth Showcase at Music Tech Fest.

Becki also collaborates with many other Australian artists, writing with Denniand KAIAR (who will be releasing her debut EP on Provenance in 2017), mixing for Eilish Gilligan, Anatole, Xylo Aria and Squidgenini; and mastering Yon Yonson and Sandy Hsu, as well as mixtapes for Wondercore Island and TEEF Records.

California-born and Melbourne-based artist Goodie provides the original hand-painted artwork for the ‘Twin Earth’ album cover and has also created additional artwork for three of the album tracks. The Special Edition vinyl package includes one of the four prints, along with a Twin Earth zine created by Aphir.

“A true one-woman band wearing as many hats as she can … infuses the emotion of Lana Del Rey, the poise of Kelela, and the quiet confidence of Syd but emerges a sound that is all Aphir”  Purple Sneakers