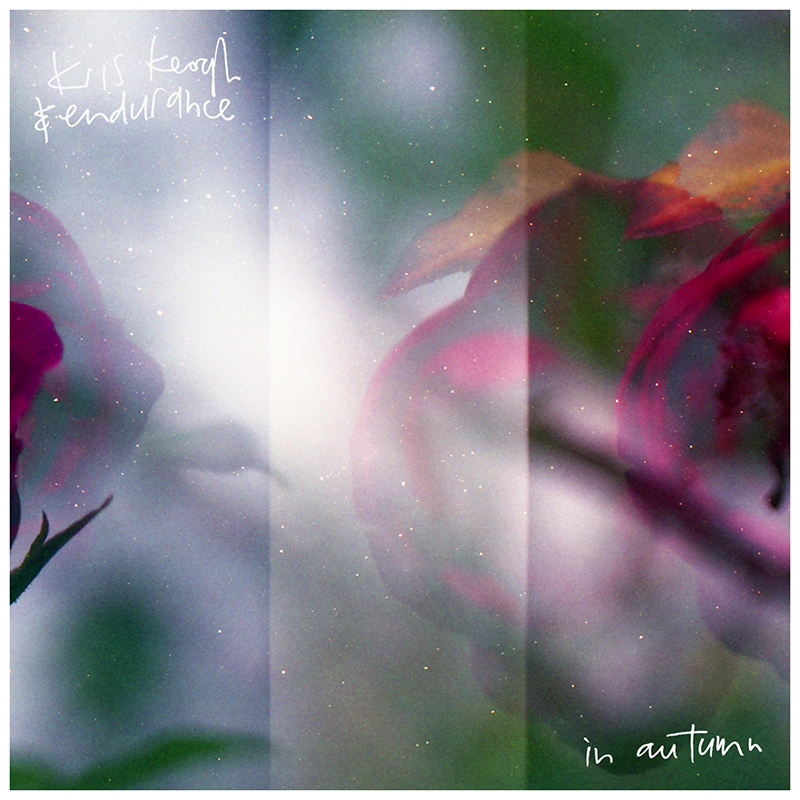 In Autumn is the new collaborative release between Arnhem Land musician and producer Kris Keogh, and Joshua Stefane (Endurance), originally from Ontario, Canada, now based in Nara, Japan. Across four works, Kris Keogh & Endurance marry modular synthesis with Reaktor audio processing to deliver an album of quiet,otherworldly calm – the perfect salve for our disconcerting times.

“Josh and I made this album, kind of by chance, before the 2020 lockdown. I’d mastered a few of his Endurance albums previously, and we were friends, but we hadn’t made music together before. Without any expectations, we decided to get together and experiment. I wanted to make something calm and beautiful, but we didn’t really know how the music would actually turn out.

“We met once each week, I’d take the train up through the mountains from Osaka, to Josh’s apartment on the outskirts of Nara. The autumn leaves were out, it was getting cold. It rained in mists. My glasses would get wet, then all twinkly and blurry. Everything ordinary looked alien and new to me, especially as I had just come from the red dirt and bush of Arnhem Land.

“We sat side by side, Josh played his modular rig and I processed it, looping, layering, pitch shifting and effecting whatever be sent me. We played really quietly, trying not to disturb the next door neighbours. Each session was really calm and intuitive. We barely spoke.

“Ten times we met and did this. One of those times, the stars aligned.

“I don’t remember what we did. We certainly couldn’t do it again. It was one of those moments where everything just fit; the tones, the layers, the vibe, everything. It just sounded right. This album was recorded in that session.

“It sounded just how it looked to me as I walked along the misty streets of Nara with my wet, blurred, twinkly glasses. Calm, otherworldly and beautiful. In autumn.”